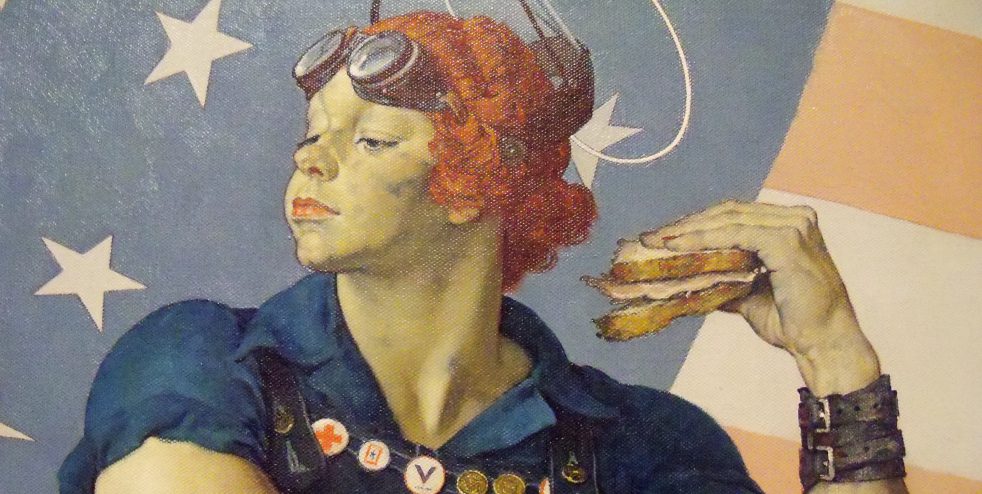 One by one, as states legalize medical marijuana and/or decriminalize the possession of weed, more and more studies are being conducted and published which support the argument that pot is the very least of our worries, particularly when compared to the scions of legal addiction: alcohol, tobacco and Game of Thrones. In fact, a recent study published in Scientific Reports found that alcohol, in particular, is more lethal than heroin, cocaine, MDMA and crystal meth. This doesn’t mean you should stock up on Sudafed, don your Walter White hat and whip up a batch of Blue Sky. Meth still makes you look like this:

However, you may want to consider a move to, oh, I don’t know, Denver. Why? Because in states like Chillin’ Colorado and Wasted Washington, both of which legalized the recreational use of cannabis in 2014, the crime rates have plummeted; in fact, Denver has seen violent crimes like homicide, rape and assault steadily decline since Colorado legalized marijuana and not a single case of “reefer madness” has yet to be diagnosed. Nor have the residents of the country’s thinnest state been overcome by the munchies and succumbed to double digit dress sizes. What has increased is Colorado’s tax revenue – to the tune of $53 million in less than a year.

Alcohol, the big winner when it comes to killing its users, causes approximately 88,000 deaths per year in the U.S. alone. Tobacco use buries another 48,000 Americans every year. Weed, on the other hand, is only responsible for…well, no documented deaths. Ever. Zero. Zip. Nada. Nein. In fact, a 1998 DEA report states that the lethal dose of THC, the active ingredient in marijuana, is between 20,000 and 40,000 times the amount of THC contained your average joint. There are much easier ways to kill yourself. Snoop Dogg smokes a self-professed “81 blunts a day” and he’s still here. Physically, anyway.

So if weed isn’t the problem, with its non-existent death rate and low addiction potential – only 4% to 9% of users may become dependent vs. 15% of Happy Hour fans – what is? What seemingly harmless activities or possessions lurk in your life, lulling you into a sense of security, only to kill you when you least expect it?

In 2009, 717 people died in the U.S. after being strangled by their bed sheets while they slept. Terrifying, huh? It is until you consider that, the year before, over 800 people in the U.S. were murdered by their bed linens. No word on if the suspect bed sheets were of a lower thread count or merely infused with the rage that comes with being left unmade for days at a time. These numbers also don’t take into account those who have been killed by someone wearing a bed sheet – as a hood.

For those who brazenly partake in the act of angling while in a fishing boat, playing Captain Ahab could be a deadly pursuit. Considering that between 1999 and 2010, 108 deaths were attributed to drowning after falling overboard, those who endeavor to catch Moby Dick might consider donning a life jacket, learning to swim, or, smartest of all, engaging in a safer hobby like, say, selling sketches of Mohammad in Syria. The worst part about the menace that are fishing boats is that you don’t even have to be fishing. You could be a hapless passenger, vomiting up chum for God-knows-what swimming in the depths below you, and fall over the side of the boat because of these unpredictable, bumpy things called waves.

I know, I know. It’s not fair to include wheelchairs when many of their owners aren’t just knocking at Death’s door, but are complaining that there isn’t a ramp leading up to it. However, I’m not talking about people who die in their wheelchairs, but as a direct result of falling out of their wheelchairs, and the numbers are pandemic-worthy. With wheelchairs slaughtering their owners at a rate of over 4,000 per year in the U.S. alone, it’s surprising that wheelchair seat belts and airbags aren’t required by law. Hell, the wheelchair-bound would be better off scooting around in Smart cars; at least they’re kitten-licking-a-sleeping-dog-cute and come with air conditioning. And considering Smart cars don’t even make the Top Ten Cars Most Likely To Kill You List, they’re a much safer, albeit obviously hipster, alternative.

With flat panel televisions exponentially increasing in size every few months and dominating American living rooms like monobrowed moais on Easter Island, it’s not surprising to discover they often tip and fall over, particularly if you’re raising a budding gymnast, own a cat, or your husband didn’t know what to do with all those “extra screws” that came with the wall mount kit. Despite the pervasive belief that “TV rots your brain,” the 215 folks who were killed by boob tubes between 2000 and 2011 didn’t kick the bucket as a result of cerebral deterioration caused by binge-watching too many episodes of House of Cards (when they should have been working), but were, for the most part, flattened by their idiot boxes, which, as it turns out, were aptly named.

When tripping is involved, LSD needn’t be. In fact, your feet are usually the guilty culprits, if not conspirators with uneven sidewalks and yappy dogs on leashes. Statistics indicate that a whopping 7,160 deaths are attributed to people toppling over their own feet. Perhaps your feet have it out for you, ladies – you who insist on squeezing your bunioned toes into pointy stilettos and trotting around like Lipizzan stallions, all while complaining that your feet are killing you. Can you blame your Louboutins for living up to the nasty reputation you’ve spread about them? Bitches, the red on those soles ain’t paint – it’s your blood.

Note to self: Buy some Birkenstocks, get a pedicure and tell my toesies woesies how much I love them.

Twenty Americans are moodered by bovines each year, but let’s not milk this statistic to death. Cows are large, sturdy and, apparently, udderly dense, animals. In fact, an adult cow can weigh more than two sides of beef. There’s a reason no one goes cow tipping alone. It’s a three frat boy job, easy. And, sometimes, those drunken, beefed-up collegiates confuse the words push and pull. And left and right. And yes and get off of me, you scumbag!

And if you’re thinking, “Wait, I’m smarter than a frat boy. Cows only kill trashed young men with privileged backgrounds and a fondness for beer pong and Greek letters,” you’re wrong. In 2013, a Brazilian man was killed when a cow wandered onto the roof of his home, courtesy of an adjacent steep hill, causing the roof to collapse. Clarabelle* plummeted eight feet onto the sleeping Joao Maria de Souza, who later died of internal injuries. Neither de Souza’s wife, who was in bed next to him, nor the cow, sustained any harm.

*Some names have been changed to protect the innocent.

Approximately 15 people are killed – and thousands injured – each year by falling icicles. Ever open your crowded freezer, only to have a package of frozen chicken breasts slip out and land on your bare foot? If you have, you know from that point forward, chicken breasts will be forever known in the future as Motherclucker! If you haven’t, you either have an incredibly well-organized freezer or your feet are always encased in steel-toed combat boots. Now imagine that the chicken weighs up to a hundred pounds or more, is falling from a tremendous height and is shaped like a dagger. Oh, and there’s an entire row of these frozen bayonets and they’re all pointed at your skull. I suggest a helmet or a move to Florida.

If you insist on remaining in the Land of Sharp, Dangling Objects, be careful around those little fuckers. They’ll poke your eye out, kid.

Southwestern Vermont Healthcare thinks lawnmowers are so dangerous, they dedicated an entire web page to an article entitled, Cutting the Lawn: Don’t Become An Injury Statistic. The piece, written by an orthopedic physician, cites an average of 75 deaths attributed to the Spinning Blades of Death on Wheels each year. Apparently, lawnmower blades rotate with the force of a .357 magnum. What’s more, those blades won’t just eat through your bones like butter, they’ll leave a lot of bacteria-laden crap behind: dirt, grass, insect parts, and some gum I dropped. Yes, save a couple seats at the hospital bar for E. coli and salmonella.

Major league pitchers look like wusses when compared to a lawnmower, which can shoot debris like stones, twigs, and dried dog poop at speeds of up to 200 m.p.h. Considering the fastest pitchers clock in at around half that speed, I’d say it’s best to go inside while Hubby’s cutting the grass. Someone’s gotta be there for the children.

Worse is that approximately 800 kids literally get mowed down every year. Again, another good reason to allow your children to become addicted to cable television (just don’t let ’em sit too close to that wobbly telly). Outside is dangerous. For those of you who have combed your yard for potential projectiles and locked the kiddies in their rooms, don’t get too comfortable. Remember, lawnmowers are filled with gasoline. They can randomly overheat and explode. Now go inside and start dialing lawn services – like any sane person.

While new studies indicate a promising future for the use of cannabis in treating myriad diseases and health conditions – the NIH has already patented cannabinoids as potential neuroprotectants – one thing is relatively certain: Marijuana + Adolescent Brains = One Hot Mess. Studies suggest that regular marijuana use prior to one’s 21rst year can permanently affect brain development, impacting memory, impulse control, balance and coordination. Yes, marijuana can affect a growing boy’s Legend of Zelda score – and not in a good way. What’s more, teens who regularly hang with Mary Jane may see up to an 8 point drop in their I.Q. Forever. Yes, pot can also make you stupid. So, kids, if you’re reading this, wait until you’re 21. As Forrest Gump would say, “Stupid is as stupid does.”

And let’s face it, some of you can’t afford to get any dumber.

Miss Snarky Pants is a humor and satire blog. And no, I don’t sell weed, so no creepy comments asking if I can score you some wicked herb.

56 thoughts on “8 Common Things Much More Lethal Than Marijuana”

Your Comments Are The Only Human Contact I Have. Please Say Something. I'm So Lonely. Cancel reply

I'm Miss Snarky Pants, "MSP" if you're nasty. I live with my awesome hubby and our three cats in Florida.

This is a blog for horrible people. How do you know if you're horrible? Read a blog post and if you smile, you basically suck. If you laugh, you have no soul. In fact, I'm willing to bet you're the kind of person who's farted and blamed it on a stranger.

It's okay. So have I, but I blamed mine on an entire HVAC system. If you burp like a 9-year-old, thank God for the miracle of high-waisted jeans, or occasionally serve up evil, processed, frozen pot pies for dinner, you're in the right place.

I understand you. I also didn't appreciate being blamed for that fart. At a wedding? C'mon.

So, if you'd like to read about the adventures of my muffin top, how I accidentally insulted Alan Alda, or why I hate witty people, please, by all means, read on. Horrible people have to stick together.